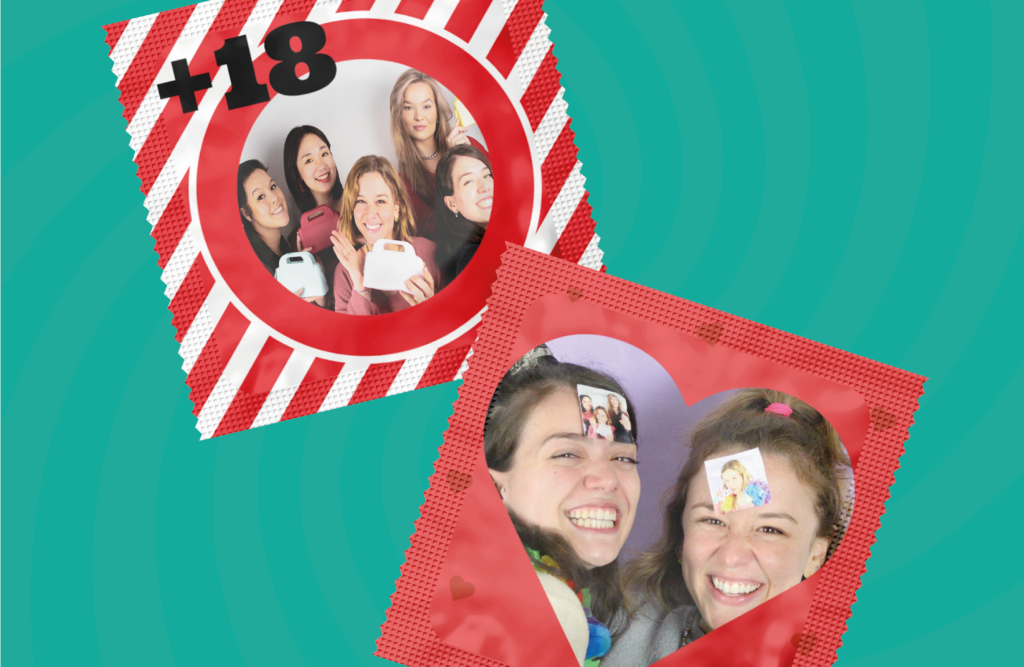 At FotoCondoom, you can order printed condoms for a funny memory or as a personal gift. A great way to break the ice! On the website, you can use the handy design tool. You can easily upload your photo and scale it or even create your own design. We will print your photo in full color on the condom. You can order 12 photo condoms from as little as €21.95!

You can also order funny themed condoms on the website. Think of themes such as: Christmas, Birthday, 18+ or Bride/Groom to be. You have something for every occasion. And don’t you want to arrive with the funniest gift? For a birthday, for example, you can also add a fun birthday card to your shopping cart.

What exactly is a condom? A condom is an elastic sheath often made of thin rubber. It is important that you put this sheath around a stiff penis so that the condom can catch the semen. The condom is the only contraceptive that protects you from both STDs and pregnancy.
Condoms are sold in different sizes and different thicknesses. For example, you have very thin condoms but you also have some thicker condoms. The condoms of FotoCondom have a nominal width of 56 millimeters. It’s important that your condom is big enough because if it’s too small, there’s a big chance that your condom will tear or slip off.

Most condoms are made of latex. There are also people who are allergic to latex and for them there are latex-free condoms, these are a little thinner but they are just as effective.

But on what kind of condoms are these designs printed? FotoCondom uses CondomMessage’s CE-certified condoms with lubricant, called Beppy. These condoms are packaged in a silver or white foil. The condoms are made of a natural rubber latex and they offer good protection. The condoms are of a standard size and come with a silicone-based lubricant and reservoir. Do you have more questions or want more info about the condoms? Send an e-mail to [email protected]!

Successful and safe sex is best achieved when you are well prepared. Always read the information leaflet carefully.

Here are some more helpful tips:
– Boys can practice by putting the condom on themselves. Girls can practice by putting a condom on, for example, a banana or on the handle of a broom.
– It is important that you use a good condom. Think of CE-certified condoms. These are condoms with the CE logo on the package. This is a European quality mark.
– Always check the expiration date of the condom in advance. This can be found on the packaging. When the condom no longer has a shelf life you must throw it away and not use it anymore.
– Use the condom only on a stiff penis. Also, only unroll the condom when the penis is really stiff.
Are you interested in other condoms? For instance, condoms from Durex or Pasante? Then have a look on this website!

My cart
Your cart is empty.

Got a discount code?
Subtotal€0,00
Shipping
Total€0,00
Your cart is empty. Shop now
Powered by CartPops (opens in a new tab)